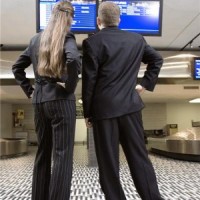 Much has been made about the recent ascensions of high-profile female executives to C-level positions, including Carol Bartz, Carly Fiorina and Meg Whitman, but companies may still have work to do once women obtain these positions.

A recent study by GMI Research found that male CFOs make about 16.3 percent more on average, or about $215,000, than their female counterparts. The results were so statistically significant that researchers were able to accurately predict the gender of a financial professional – based only on their compensation amount – about 62 percent of the time. Researchers speculated on the reasons for this disparity.

“It is possible that women are more likely than men to advance through promotion from within a single company,” study co-author Kimberly Gladman told CFO.com. “Many firms tend to pay more when making outside hires, which could lower women’s compensation levels.”

The report also speculated that women’s careers are more often interrupted to bear children, but it did not study why so few women were employed as CFOs at both the largest and the smallest companies.

A prior GMI report that found similar results – women made 78 percent of what males made at the median – further speculated that low pay among female CFOs could be attributable to those candidates being more concerned about simply getting a job than haggling for a higher salary amount.

Whatever the reason, businesses that hire financial professionals or are recruiting for auditing positions – either on their own or with the assistance of headhunting firms – need to be aware of compensation trends when determining how much they will pay these workers. An offer must be competitive enough to attract workers to their business without plunging the company to financial turmoil.